The power of the Nudge

When I was first introduced to the concept of FirstHello, the Nudge functionality was the one thing that struck me most. You might remember an old TV advertisement for an exciting new-age PDA (Personal Digital Assistant - yes, that was the future!) where a man was sitting in a metro train, and at the station, his eyes met those of a woman, sitting in the train going the opposite direction through the window. In the next few seconds, something happened in their eyes and they smiled at each other. They couldn’t speak through the glass, they were likely never to have the opportunity to see each other again, and the time was too short to start spelling their names with their hands. Suddenly the man takes out his PDA - and thanks to the infrared technology - he could make digital contact, send her a first hello and start chatting. That was the end of the advertisement, but I can only assume that that infrared beam was the start of a happy story for both individuals!

This somehow romantic application is of course far from being ideal in the real life: nobody would like to be hassled with messages from people in their vicinity, especially from stalkers. But the idea of making real life encounters more efficient was there. The trigger in that specific situation were the looks of the two individuals, but pulling away from the dating scenario, imagine if the trigger was made without you having to judge with your eyes? Eyes are pretty useless to judge if a person could become a great activity partner, be it to play tennis, practice salsa or play music with; worse, in fact as they can easily fool us: Indeed, the best way to go here is photoless. (Yes, it might appear counterintuitive in this day and age of image posting left right and centre, but photo-less really works)!

Personally I play some classical piano and I just love to play chamber music, especially duets. When I arrived in Zurich I tried to find a non-piano musician to play with and the obstacles were numerous! Dating sites are plethoric, but useless in this case. Actually on the Internet, to find a musician who is not a professional one (otherwise she/he would have no time to practice with me), but who is proficient enough to play relatively hard pieces together and can free her- or himself at least once a week, and who lives or works not too far away, is like trying to find a needle in a haystack.

I tried and posted something in an English forum, like a bottle in the open sea... It finally worked out with a clarinetist who became a good friend of mine, but only when he found my post 6 months later, buried in the history of the forum. Meanwhile I tried the “traditional” way. Whenever I saw someone in the street, on the tram or on the train with a recognizable instrument (usually the easiest ones to single out were the cellists!), I came by and said the first hello. The results were never as expected. Some ignored me, thinking probably that I was hitting on them, some looked at me skeptically thinking it was a scam, others told me they were professionals and they had no time, or that we were living/working too far from each other to even think of meeting regularly... It was more and more difficult to break the ice; a first hello in real life is never easy, especially when it is not sufficiently informed or pre-planned!

So when I heard about the Nudge, this is the first thing I said to Ian: If only this was already available! The Nudge function is simple to understand: Once you have created a FirstHello profile (remember, it’s photo-less so you don’t need to go searching for a decent photo!) and allowed FirstHello to access your location, you will be prompted with a “Nudge” any time another FirstHello user sharing an interest with you comes under a minimum distance from where you are. Then you can check the profile to find more information about what the user is looking for, and you can send a FIRSTHELLO! In practice, for me, I would have put “cello”, “clarinet” and “flute” in my interests (in addition to “piano”) and put explicitly what I am looking for in my Status and/or Bio. Each time I receive a Nudge on these 3 specific interests, I’ll send a FIRSTHELLO to get in contact! I’m sure that would have shortened my quest a lot!

Looking forward to seeing you on FirstHello, and perhaps I’ll be getting your NUDGES, and sending and receiving FIRSTHELLOS with some of you very soon! 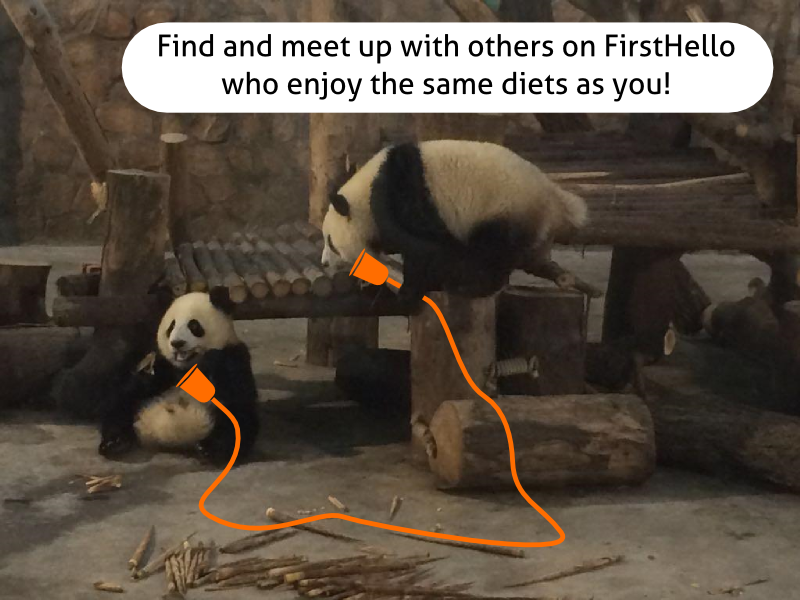